Nouran hadn’t lost a game (not a match, a game) since Cincinnati back in February. So Joelle can tap herself in the back to have managed to cleanly and decisively broke that momentum, completely dominating the new Number One from 1/3 down to 7/3, 8/4 and 11/5 in 10m. Whaouh. What a clinical display that was.

Interesting to note that Nouran several times called her double bounces, that was something she used to have a trouble with, and she didn’t hesitate to give a let to Joelle when the Kiwi’s shot was called not good and she saw it absolutely fine.

Nouran :  “Joelle was playing really well during the event and I wasn’t really surprised,” said Gohar. 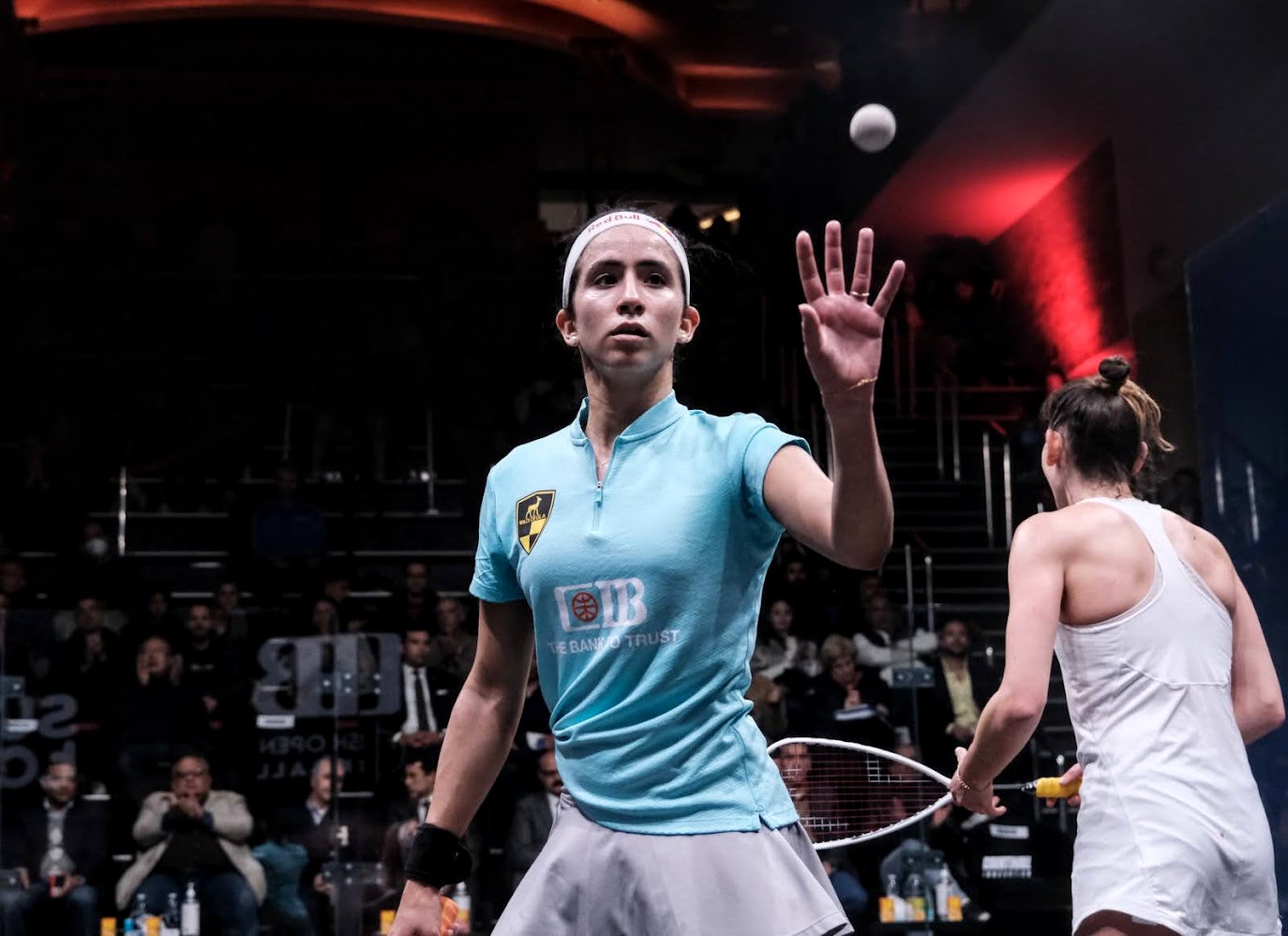 “I knew she was going to fight for everything and she was really up for it. It’s one of those matches where you’re tested and you need to prove that you deserve to be at the top. Without this crowd, I wouldn’t be able to do it.

“I’m not saying cliches or anything, but if I was playing this tournament anywhere else, not in Egypt and without my family and friends, I wouldn’t have been able to win this one, for sure.

“I live three minutes away from here, but I wouldn’t say I performed my best here. But I love the club, I love training here, it just never went my way. I can’t really complain about this year, it’s started really well and I hope it is the same for the rest of the year.

“Tomorrow I’ll be playing the best player in the tournament, whether it’s Nour or Rowan, they’re both great athletes and very skilful. I’m sure it’s going to be a very tough match tomorrow, but I’m going to recover and I’ll be ready for it.”

Joelle :   I think I had my opportunities, even to go 2/1 down, I had plenty of opportunities like 7/7… I felt like there were patches where she was sort of letting me get ahead of her, and I couldn’t quite hold the lead. 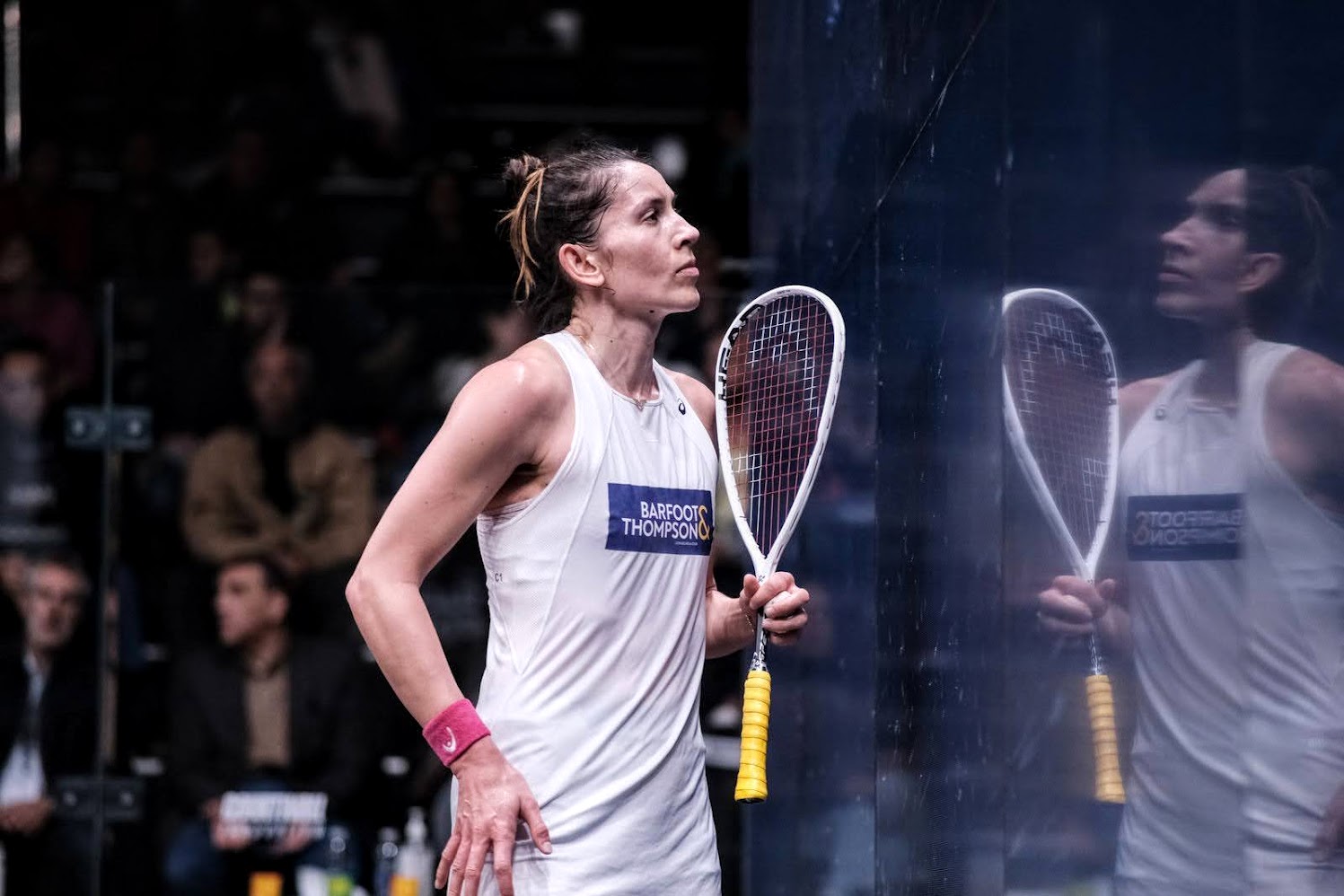 And then as the world number one does, you give them a little sniff and they just take it. Definitely some wasted opportunities there, if I’m been completely honest.

Well, probably mental more than anything else, I got a bit rushed in those big points that she sort of stayed calm and played the big points better than me. Obviously I made that mistake when I thought her ball was down and I let her back in when I think I was on top of her at that stage, and she didn’t let me back in after that.

I’m really frustrated and disappointed obviously, it was very fine margins. But if I’m content to just pushing her, then might as well go back home, that’s not we come her for, I came here to win.

It’s what 12 days or so before the British Open, I’ve got to learn, quickly, and I’m going to go away and work on those very fine margins, my physicality is there, it’s just that little… belief…. 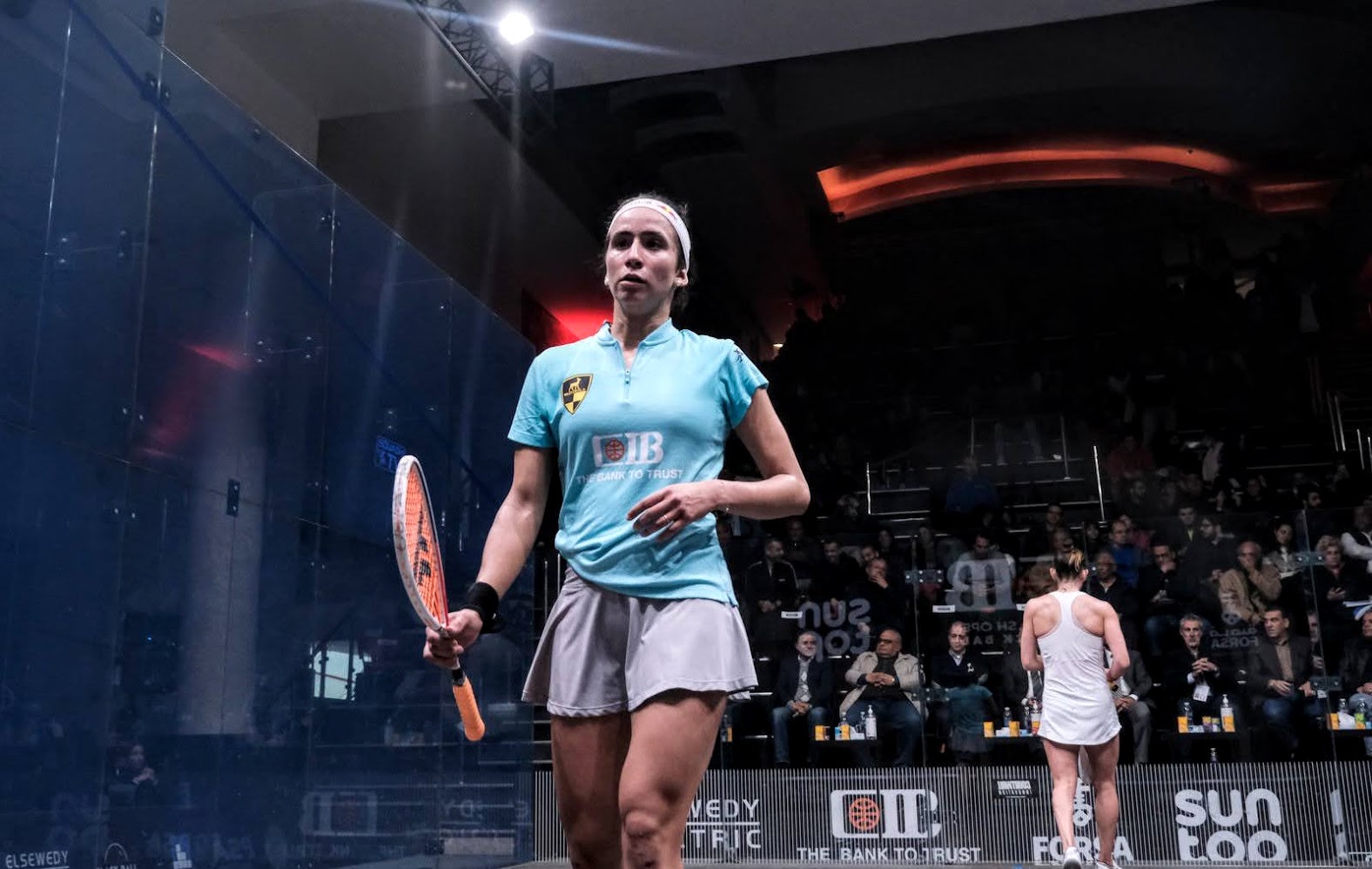