At no point did I feel today that SarahJane was relaxed, or finding it easy on there. And I always felt that Nada believed she could turn the tables round. Brilliant shots coming from MiniNada, how skilled is that young lady. While SJ was just weathering the storm, playing as deep as she could to contain the Egyptian.

A bit disheartened, Nada made a few unforced errors at the start of the second down 6/1, but her talent and skills with the racquet, combined with her speed, allowed her to come back to threaten the Gladiator, 7/7. But there again, SJ the more solid of the two at the business end of the game, 11/7, the English now leading 2/0.

Learning from the previous game, Nada took a good start, 3/1, and was close the whole way, 3/3, 4/4, 7/8, but SJ powerful and accurate squash got the better of the Mini Egyptian – small in height but tall in skills! – and it’s 11/8 for the Gladiator on her second attempt, 9m last game. 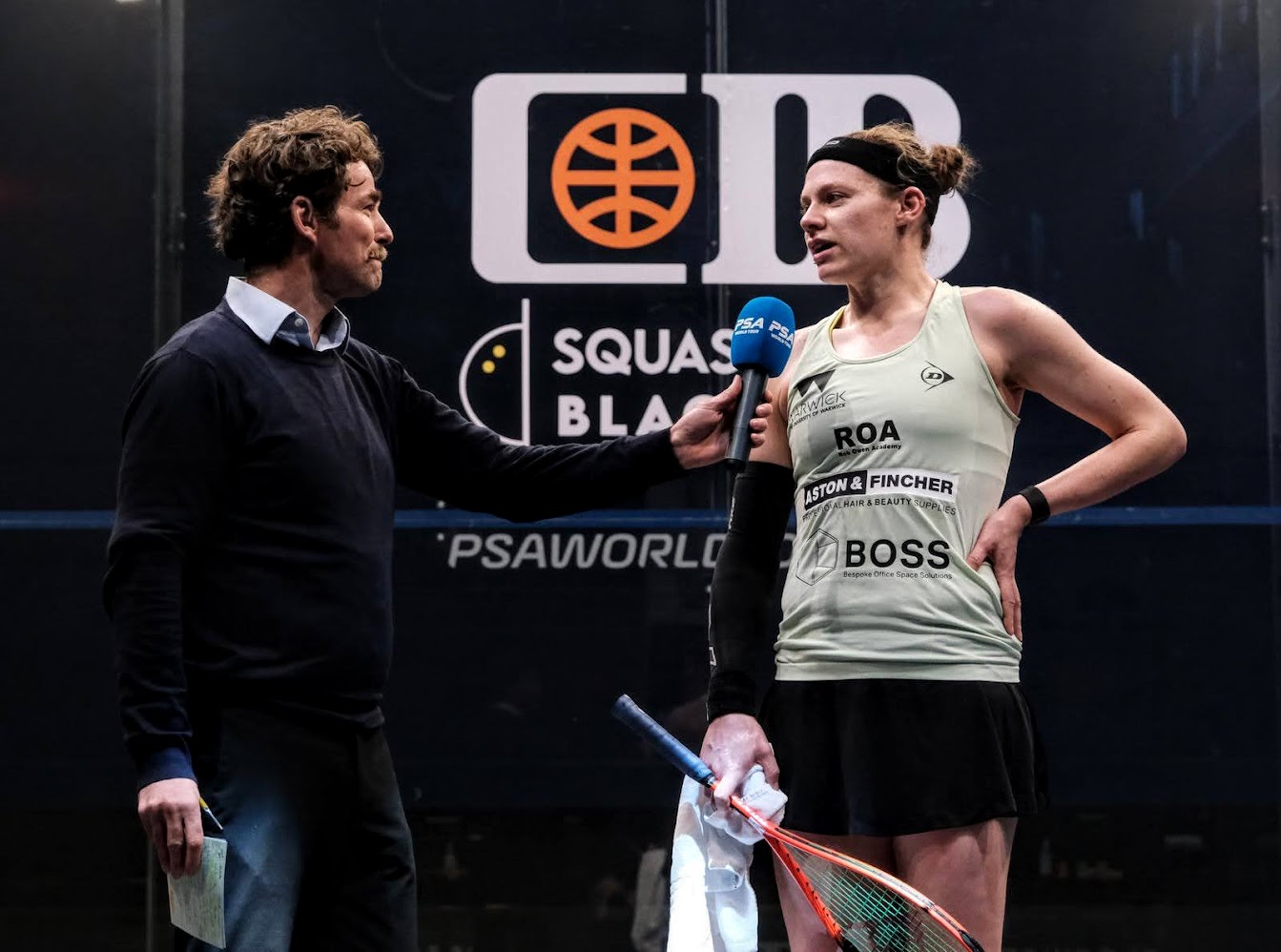 “I wouldn’t say comfortable at all! Every time I hit a loose shot, Nada was all over it, so that’s definitely not comfortable. I was relaxed though, I had a slow start, the first ball of the warm-up my strings broke, haven’t done that for ages, so it took me back a bit, but those are things you have to deal with!

“Nada is a very different player to Emily [Whitlock], who I played yesterday. The ball was rocketing off the front wall a bit more, so it took me a few minutes to adjust to that, but then I was pleased with it. A few more errors than I would have liked, but hey, I am happy to have won 3-0. Normally on this court, I am having a 3-2, slogging it out for five games, so I am very happy so far!

“We have played a few times now and I have definitely gotten stuck into her [Nouran Gohar] the last few times, particularly. I don’t think it has to be million miles better to get the win, but it will have to be good considering she has won all the Platinums so far this season, I think! She is playing pretty well, but I am feeling fresh, hitting the ball well, so I will give it everything I have got tomorrow! 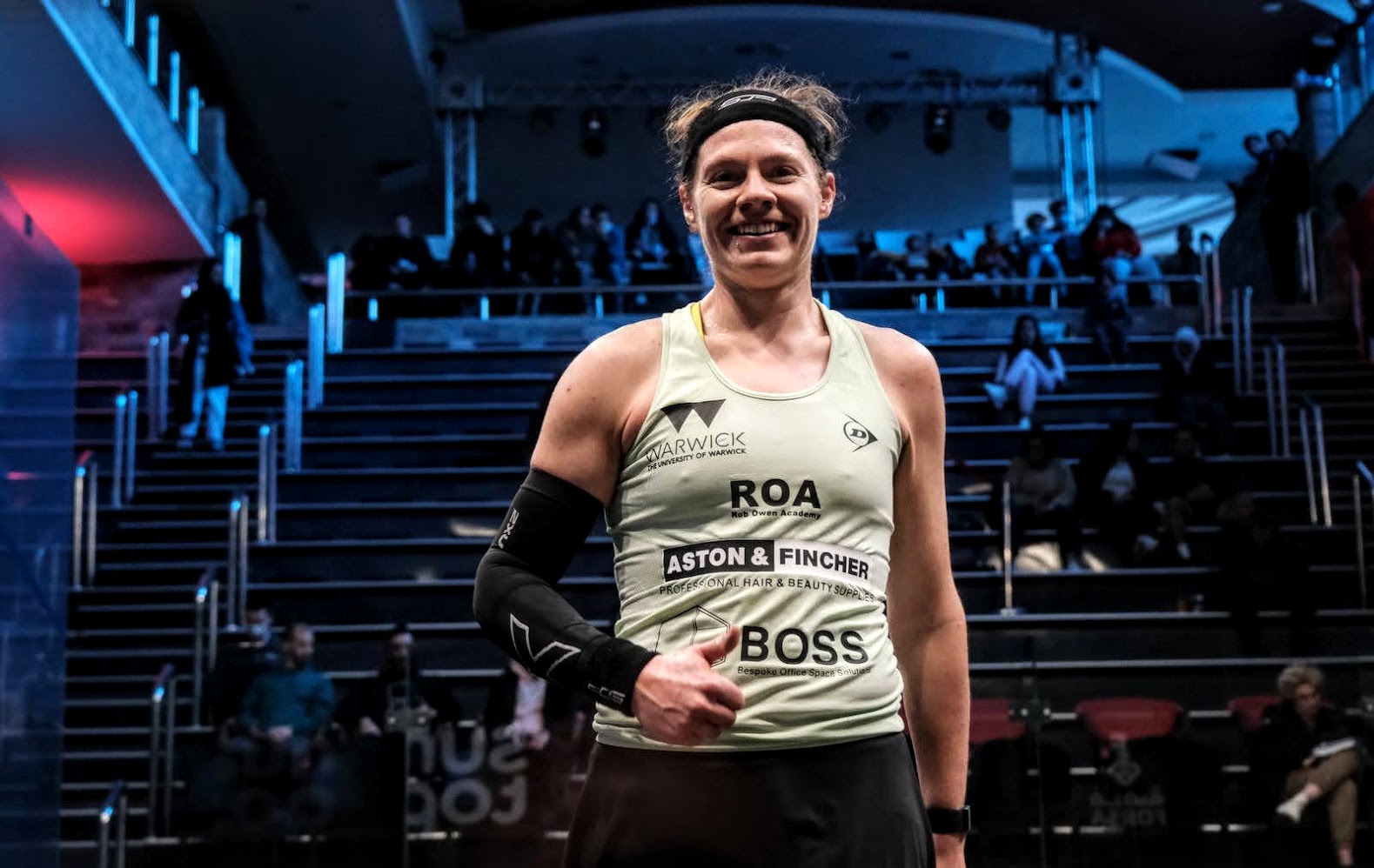