That game was a bit up and down for the 35 years old Indian number one. She was able to fight long rallies and win the game in over 10m, or losing very short rallies – with her opponent winners or her own errors – and the game was pretty short (6m 1st, 6m 4th, 6m 5th).

Joshna is working with a new coach, Karim Ali Fathy, since December, and it would look like the Indian is adding a few layers to her game at the moment. But on those very cold conditions, Amanda was always to be completely in a her element, and I’m not sure who could beat the American on that court…

Joshna  The ball was getting a little cold during the match, it was dead, so if anyone hit a winner, it was an outright winner. And with Amanda, well, it’s like her game!

I think I gave her too many opportunities especially in the 4th and 5th to play freely. But all credit to her to come back from 2/1 down, especially as I thought I had a good rhythm for three games onwards, but she kind of broke that.

Amanda  “I think I am trying to make up for lost time considering I took four months off tour and now I am trying to get as much match practice back in. I would love to go back to winning in three, but I am happy to get through today.

“It was not easy and it wasn’t the prettiest squash, but I am glad that I hung in there and that I won that last point!

“I felt very unsettled, just with how dead the court is. It is cold and Joshna is such a shotmaker, she has unbelievable skills, so I knew that anything loose, she would put the ball away, so that had me on edge. I definitely did not feel at ease, felt tense the whole time.

“After I lost the third, I told myself that I might as well go out and be fearless on my end, instead of playing timid and scared, so I am glad I revved it up and I won those last two games!

“It is easy to get sucked into Joshna’s game of hard-hitting, once I settled down and tried to find my targets in the back and actually construct some rallies, I felt like I was able to get some momentum, I am just glad I had a fair bit in fifth, jumped out to a good lead, and I am pleased to make it through to the quarters!” 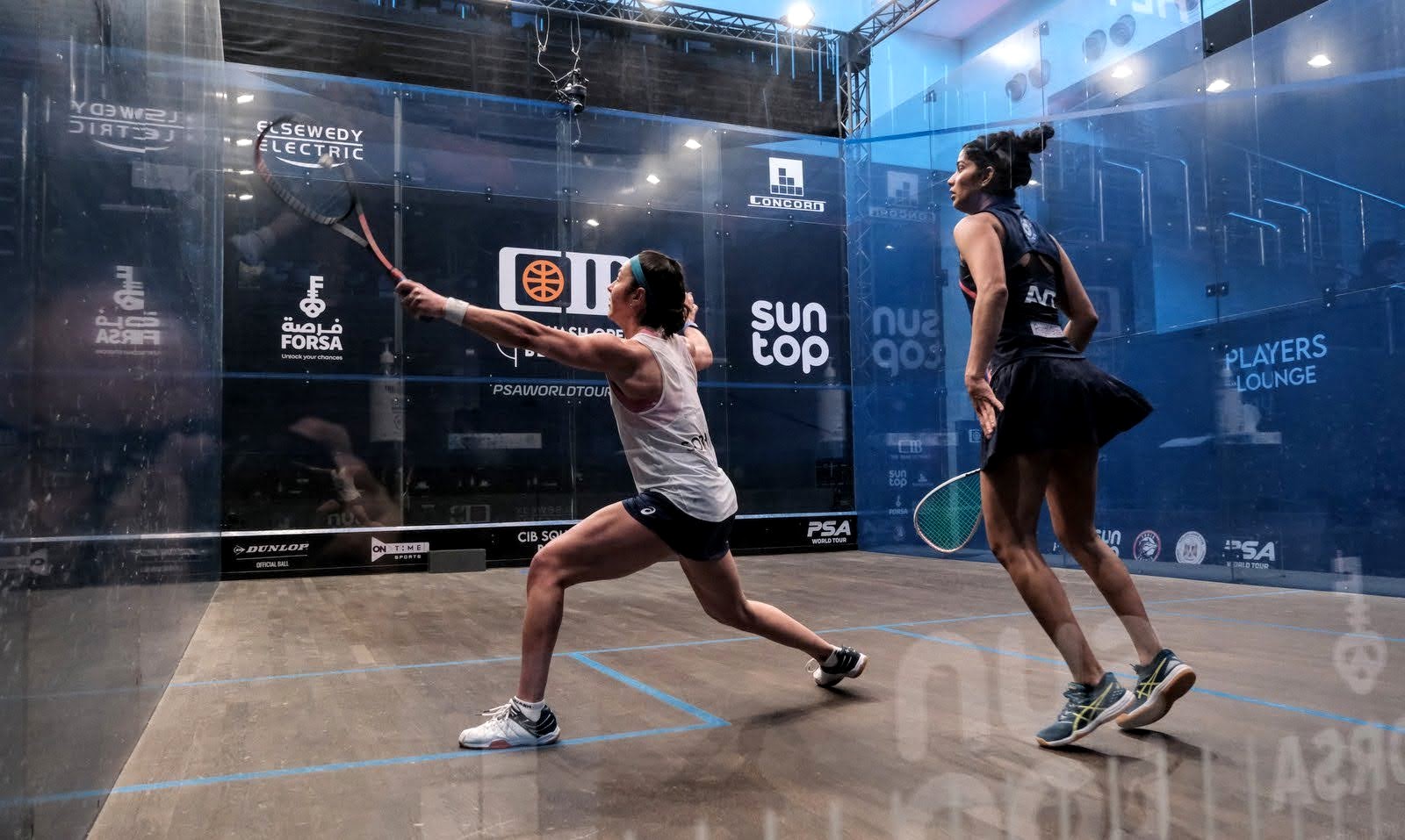