A match of wills would be a way to describe that strange yet fascinating match. It was probably not the best squash of either of them. But they will remember it as a match where they gave it all. 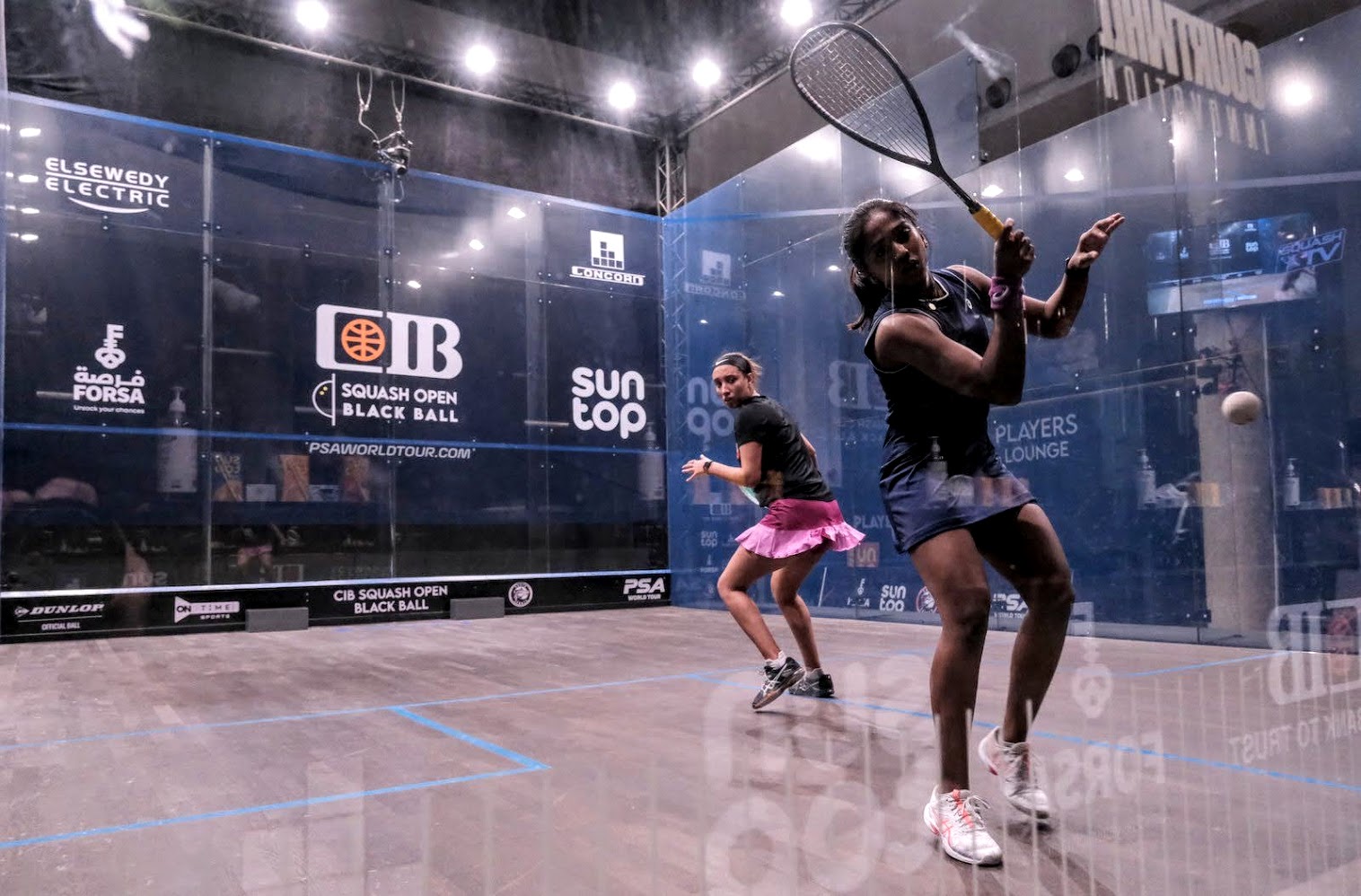 Siva in the first game was still on the plane from Philadelphia where she just won the College Squash Individual Championships for Cornell in a remarkable final against Hana Moataz for Harvard. So, maybe a bit jetlagged, taking a few minutes (4) to get used to the court conditions and all…

The second is crucial, as so many times. The difference at that point between a 2/0 for Sana, in front of her audience, and 1/1 having had one chance to close the game and fought out 4 game balls is HUGE.

The third sees Sana in control but having to work physically extremely hard to win every single rally. She reaches game ball 10/6 after a totally ridiculous rally where she gave so much, soooo much. She closes the game 11/8 in 9m but her energy reserves are in the deeeeep red.

Can’t wait to see Siva against Georgina Kennedy tomorrow, but I bet you Sana is on the verge of creating some big upsets pretty soon…. Just you watch…

“I don’t think it was my best squash today. All I was thinking was that I had to push through, there are days when you’re basically going to play badly, and I think that was the case today. I’m glad I managed to push through, Sana has been playing so well.
“Every match she is getting tougher. I think it was more of a mental thing than a physical thing today.

“I was really flat and the court was really dead because it’s really cold. I have to start really well and try and find my corners because I wasn’t doing that well today. I have to step up for my next match.

“Cold courts are very dead, so you need to try and find the height on the glass well. In the middle of the games I think I did that and caught Sana in the corners. I’m really relieved, I’m not sure how I pulled through.”