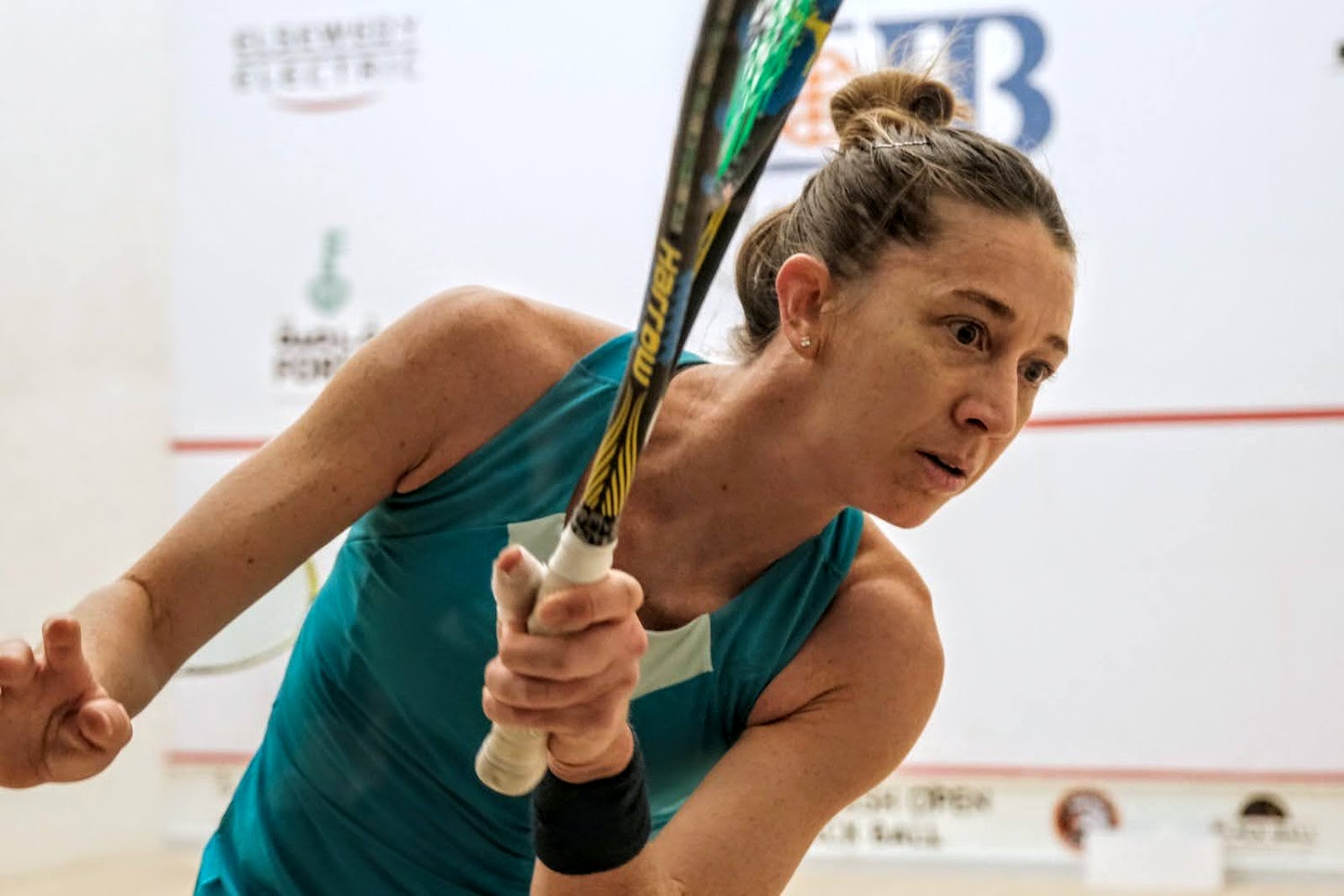 Lobban, who will face No.7 seed Salma Hany in the next round, said: “It feels good to be able to figure it out after going behind, after not having the best start and trying to improve as I went along. I’m just happy to get through the first round.

“I think I relaxed a little too soon in the last game, before the last point was over, and took it a little too lightly and then all of a sudden it was a lot closer than it should have been. I’m lucky to have got off at the end.”

After the match, Aitken said that she was looking forward to the challenge of playing World No.2 Gohar tomorrow. 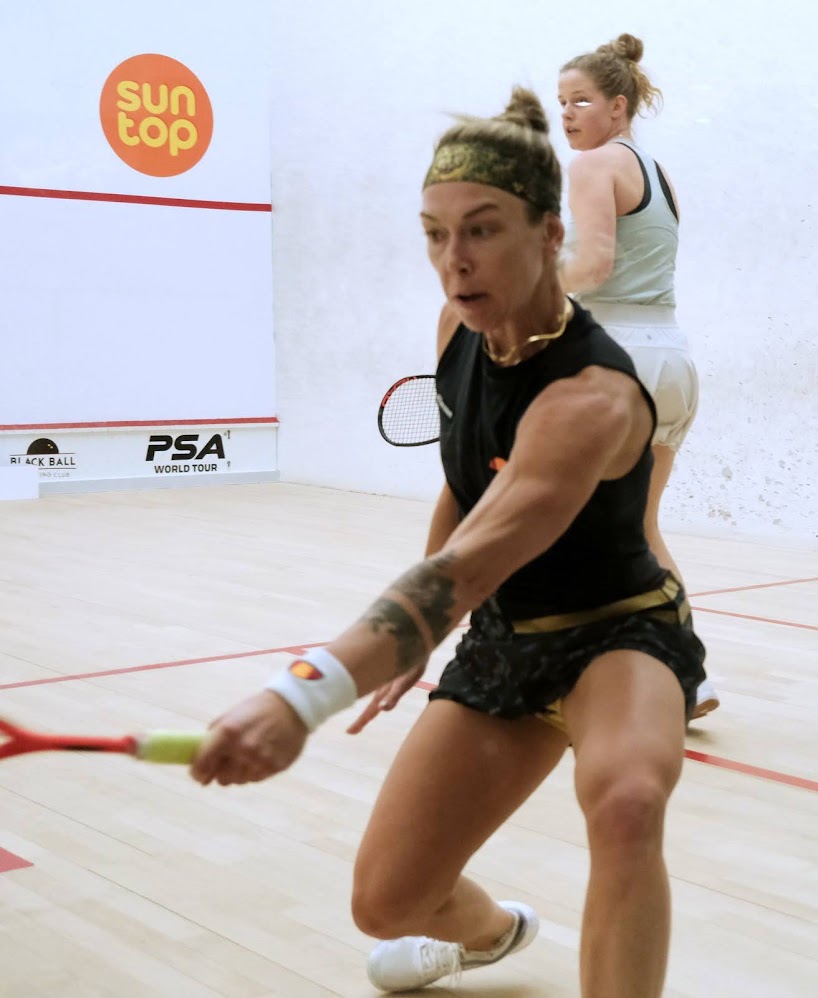 “I wish I was playing her in the later rounds, but it’s a good test. I truly believe that she’s the best player in the world right now, without a doubt.
“If I’m going to push up through the rankings, I’ve got to test myself against the very best. Tomorrow is a no-pressure situation and it’s nice to be the underdog, but at the same time, I really want to win. So while the pressure’s on her, I’ve got to believe that she can have an off day and I can have a really good day, or something will work in my favour. I’m looking forward to it. 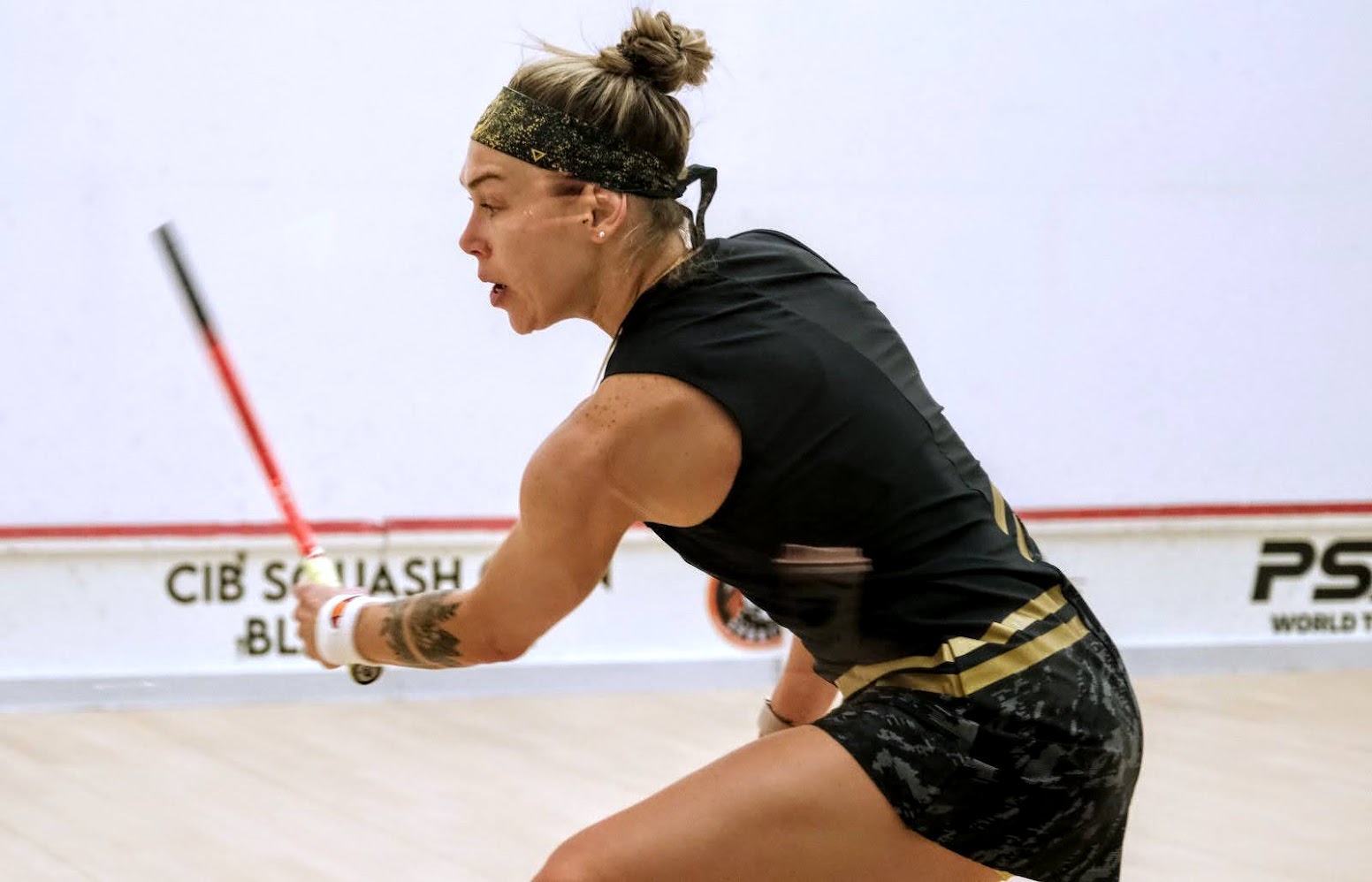 “I think the first match of a [Platinum] tournament is always tricky, because everyone’s so good. There are no easy matches and there’s great depth in the game at the moment.

“It’s always a bit nerve-wracking, I had been building up to today’s match for ten days and I’m seeded a little higher than her, which can make things a bit tense and a bit fast. So I’m relieved more than anything to get it done. The lesson to take from today’s match would be to chill out!” 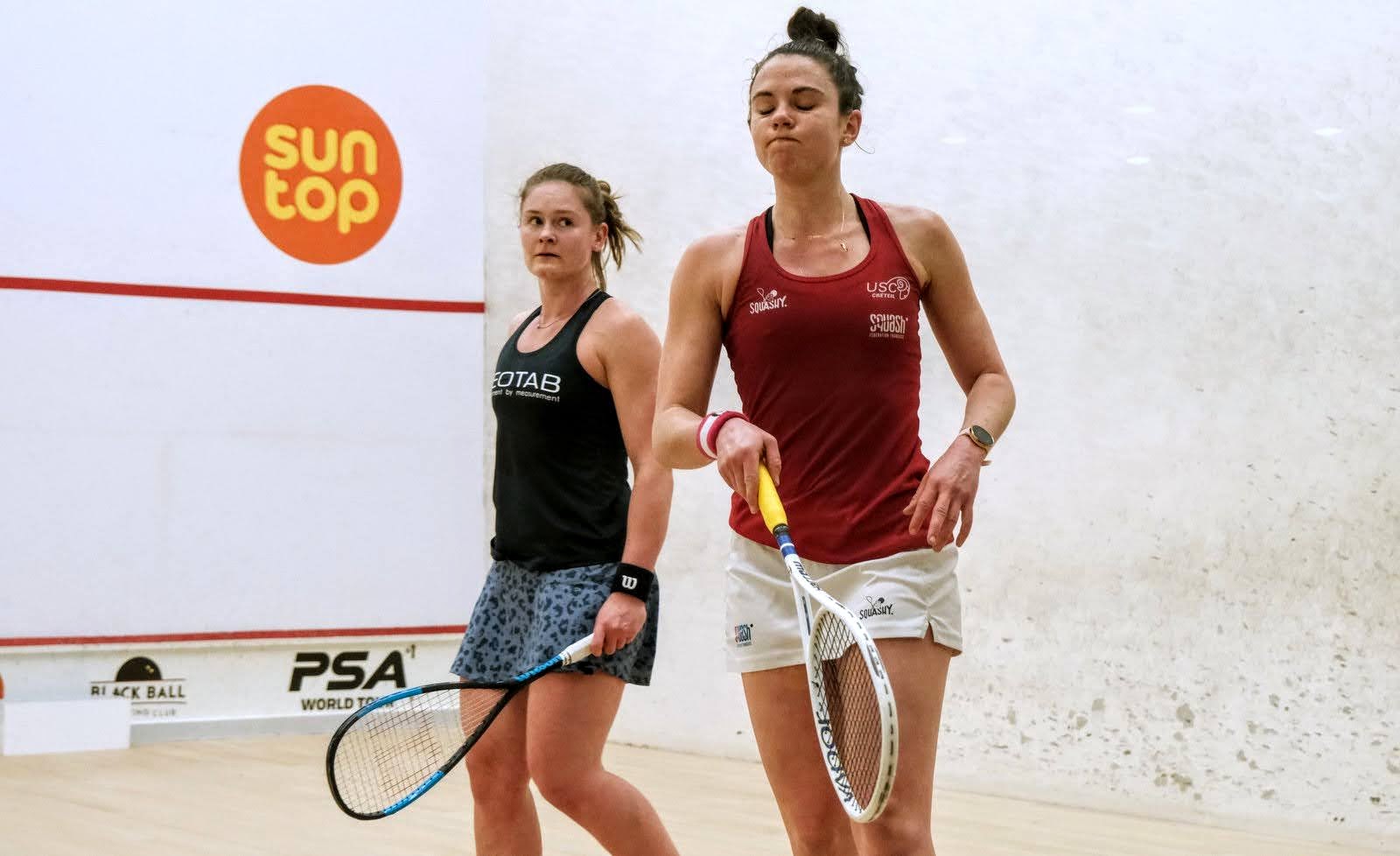 “Since we last played [at the 2013 Nash Cup] I think we’ve both developed a lot, we’ve been working hard and Enora’s a fit player. She’s come on leaps and bounds over the last few years. If you leave anything loose for her she’s going to attack and put it away.”

“I’m really happy I managed to finish this in three, I took time at the beginning to adapt to the court so I tried to stick to the basics. It worked out and I’m really happy to be through.”

On her next opponent, India’s Joshna Chinappa, she said: “Joshna is so experienced. We’ve never played before on the tour, so I’m really looking forward to it and hopefully I can get the win tomorrow!”

“I didn’t feel my best out there today, Nicole really stepped it up. She was moving well and taking the game to me. I felt I wasn’t responding the whole time, so it’s nice that when it really mattered I was able to get it together just enough to pull through. But I feel more relieved and lucky today than anything else.

“Me and Nicole are good friends off court. When we were in Chicago we talked about coming here, but then as soon as we got here it was all business.”

On her next opponent, Rowan Elaraby, she said: “I’m feeling good, I think I have a good plan for her. It’s just a matter of execution, I need to hit my targets a little sharper than today and step up to the occasion.”

“I was just trying to stick to my game plan as much as possible; I wanted to play at a slower pace and I didn’t want to run a lot so I could save energy for tomorrow’s match. So it’s good to get through in three.

“After playing in Cleveland, I knew how the game plan was going to be, so I was trying to do the same this time. I feel fresh for tomorrow and I’ll give it my all to get the win.”

“Overall, it was a bit of a mediocre match for both of us, if I can speak on her behalf as well. I was quite nervous going into the game, we haven’t played for a few years and I knew it was going to be a tough battle. So I’m really happy to come off with a win.”

“My head went on a bit of a walkabout so I just had to try and make every point as hard as possible, because if I’d lost that one quickly it would have given her an up for the next game.

So I just wanted to fight and stay in it, try not to think about the outcome, just get to six, then get to seven and you’re suddenly back in it. I’m really happy to have snuck that game it, it would have been a completely different match if I’d lost that game.”

“It should be fun and exciting playing El Tayeb in the next round. It’s nice to see her back with her little baby watching. We’ve never played on the tour before and she’s one of the players I really look up to, so it will be nice to be on court with her. I’ve got a few things to think about, but I’m looking forward to it!”