First game I guess is the killer as the difference comes down to 2 unforced errors from SJ too many compared to Nouran, as ever so strong in that department. Close the whole way but some lovely winners from Nouran at the business end of the game, 8/8 to 11/8, 10m game, SJ one more winner than her opponent…

The third starts with a very dominant Nouran, 4/1, but SJ not ready to let go at all, and we are back level, 6/6, 7/7, 9/9, and game ball for the Gladiator, 10/9, she won’t be able to concretise it, and Nouran clinches it on her second attempt, become in the same breath world number one in April.

“I don’t really have time to celebrate. I’m over the moon, in my past interviews, if I’m honest, I was saying that I wasn’t thinking about the ranking, but I wanted it badly. I was working hard every day, but I don’t want it mentioned before matches because it’s freaking me out.

“I wasn’t aware, I only found out before the match. Even when I was speaking to my husband, he didn’t know and he just wished me luck like it was a normal match. Omar [Abdel Aziz, Gohar’s coach] didn’t make me feel like it was a big thing either.

“I’m just happy to be back there.”

“SJ is one of the most clinical players on tour.

“I didn’t take it for granted at all, I was just trying to adapt. The conditions suit her game, it’s very cold and fast as well.

SJ :   There were not many decisions, and most of them were 50/50. There are the ones where she is looking for you, and it’s a bit annoying. I can hit a bad shot and still clear it, but I’m not given that chance.

I don’t mind it being cold against her, because I’ve got to attack and hit some winners although she got some good shots back. Unfortunately a few too many of mine clipped the tin.

Well, I didn’t even know if I was going to come here so it’ s all bonus, and she hasn’t won all the tournaments this year – and maybe going to world number one – because she is rubbish!

It was fine margins today, if that’s what makes the difference, then you can’t say it’s a bad day 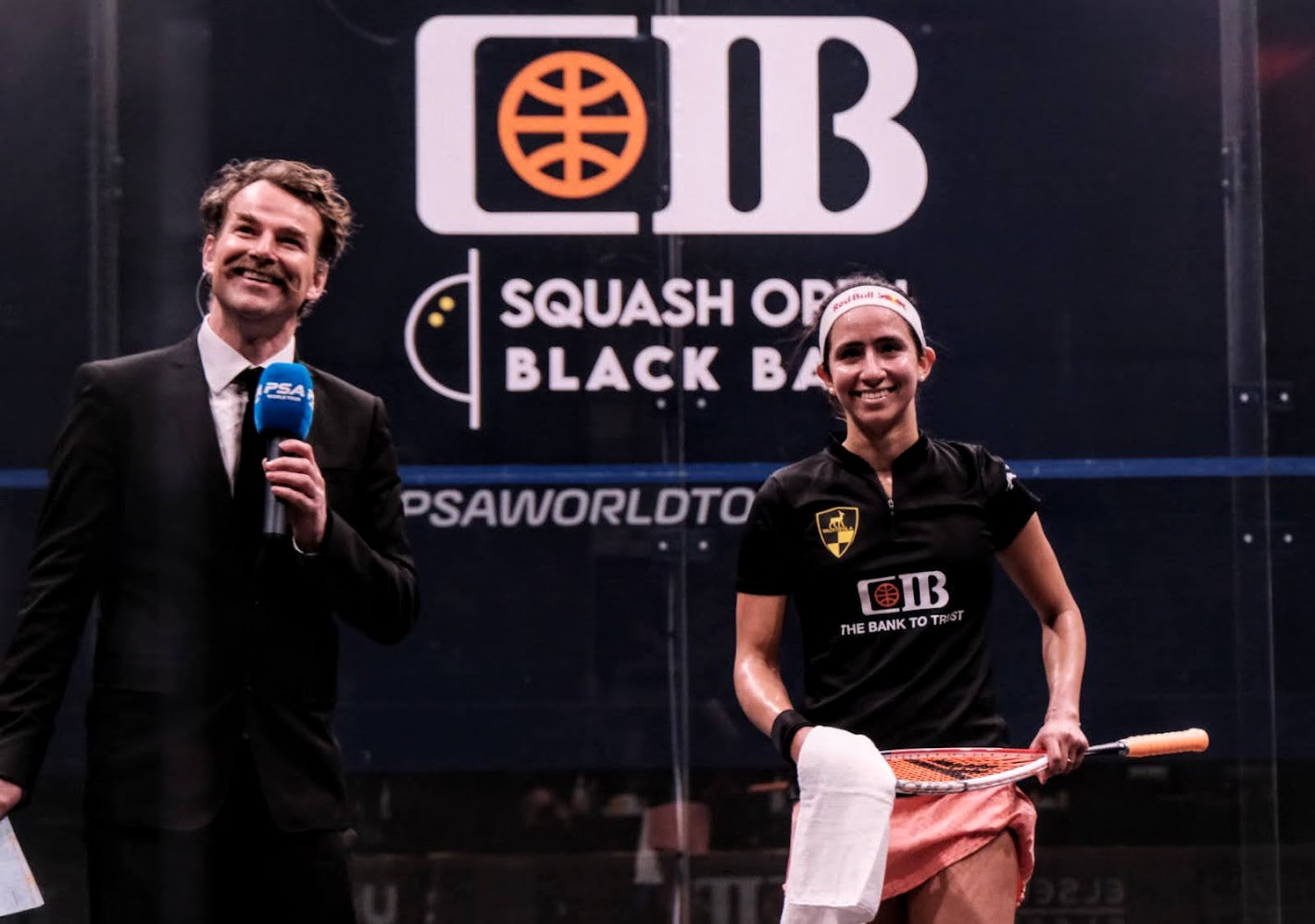