After the conclusion of the women’s event, the men’s continued with Round Two …

Asal holds off Soliman in dramatic round two clash 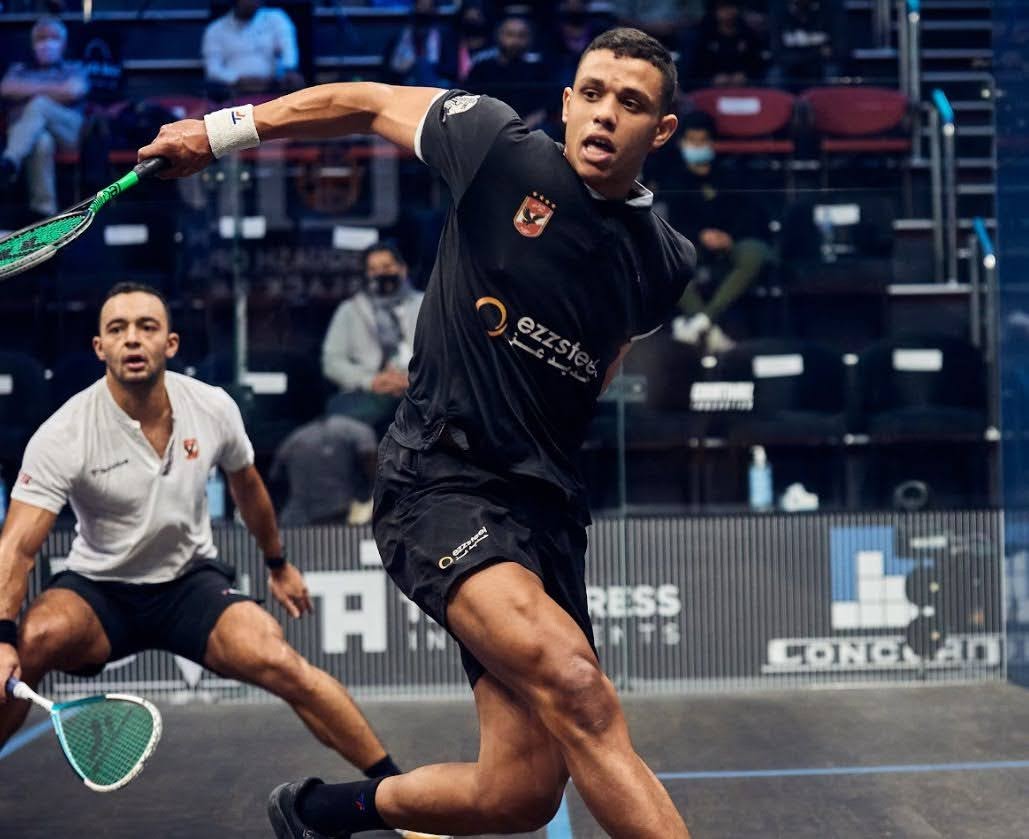 20-year-old Asal was tremendous in the opening two games as he hit his targets and outplayed Soliman, however Soliman refused to back down and took a third game that was littered with stoppages and refereeing decisions to halve the deficit.

Asal then led 4-1 in the fourth before an incident which saw the Egyptian hit his head on the floor after a collision with Soliman. After spending some time off court with the physio, Asal returned to court, only to be told that he had been given a conduct game against him in punishment for his movement, following a similar incident earlier in the contest where he received a conduct stroke against him for leaving his leg out.

An emotional Asal took a while to compose himself but returned for the fifth game, where he held his nerve despite the drama to secure his place in the quarter finals, and he will take on former World No.1 Karim Abdel Gawad, who won the inaugural Black Ball event in 2018. 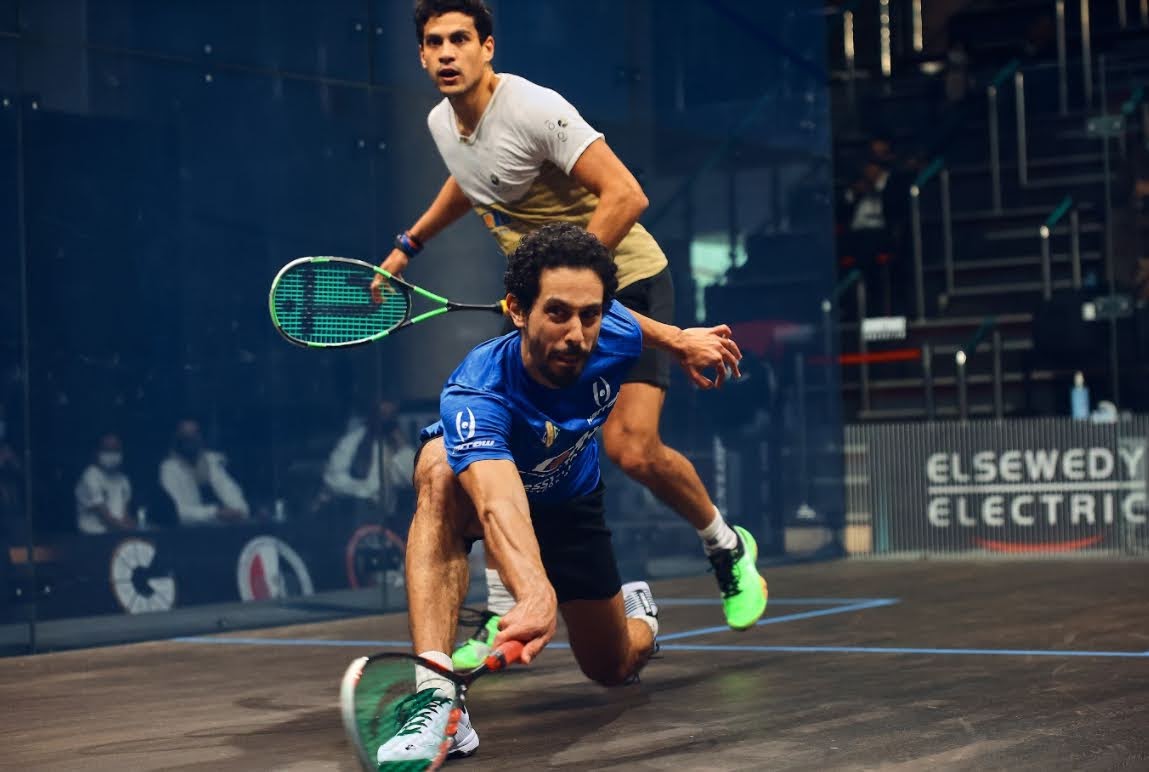 Momen was on top in the early stages but lost his focus in the third game and Ibrahim soon came back to level after saving a match ball in the fourth. A nail-biting fifth game saw Ibrahim save two further match balls, but he couldn’t deny Momen, who finally converted to set up a quarter final meeting with Marwan ElShorbagy.

“I am very proud of how I managed to close this one out, I eventually used my experience to close out a match that was slipping away from my hands,” said Momen afterwards.

“After the 2nd he stepped it up and cut his errors down and his quality just went up. I kept hitting some errors but then my quality went up in the 4th and 5th and I was playing good squash, I only made a few errors at crucial times and he played super well.

“To be honest, I thought this match was going to slip away from my hands, that’s why I’m so proud that I managed to close it out. He pushed me so hard and played an incredible match and overturned a poor start into an exquisite finish and a brilliant match towards the end.” 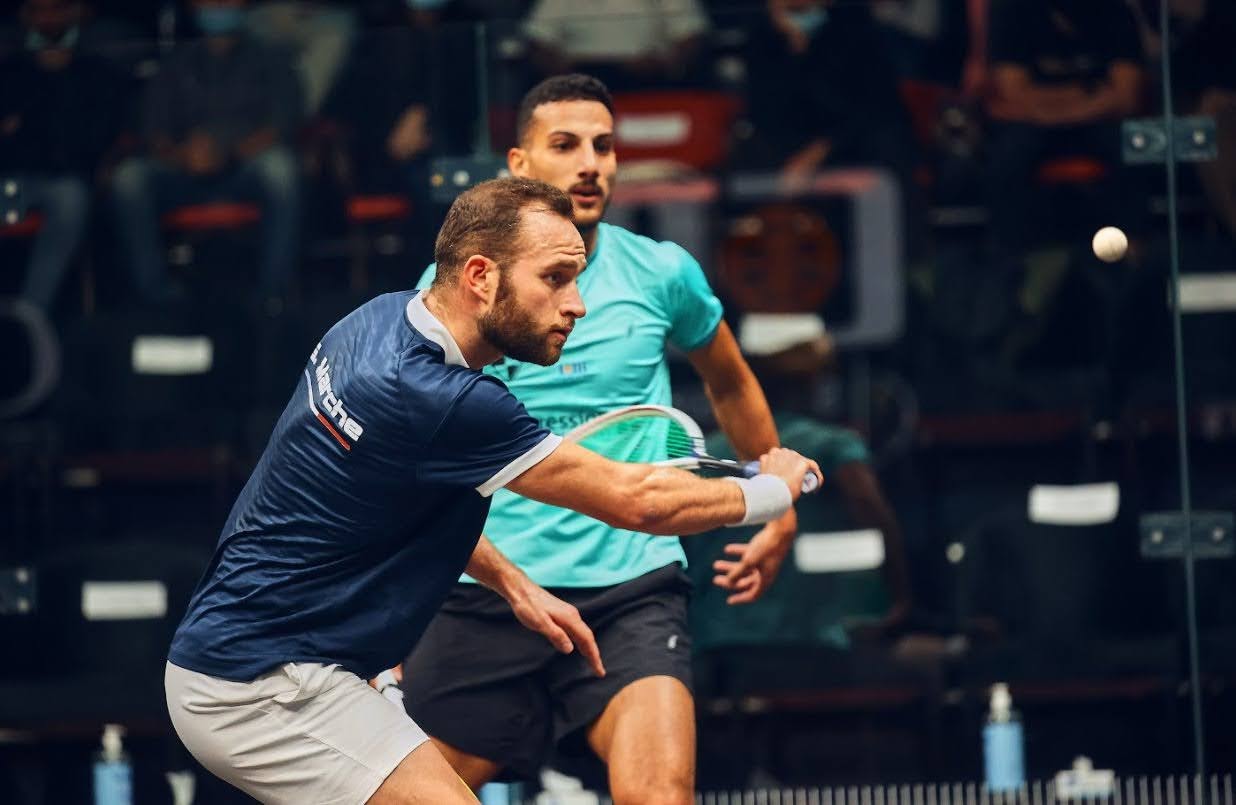 Frenchman Gregoire Marche is the only unseeded player to advance to the last eight after he got the better of No.8 seed Mazen Hesham, with an impressive 11-9, 13-11, 11-8 victory seeing him set up a fixture with top seed Ali Farag.

“Winning 3-0 against Mazen, it’s not what I was expecting,” Marche said.

“Every game was tough but I think I was a bit better mentally at the end of each game, not making any errors, which he did a bit too much today. I put enough pressure on him and I am happy with the way I moved, and I hit the ball in the corners today, so it was a good match.” 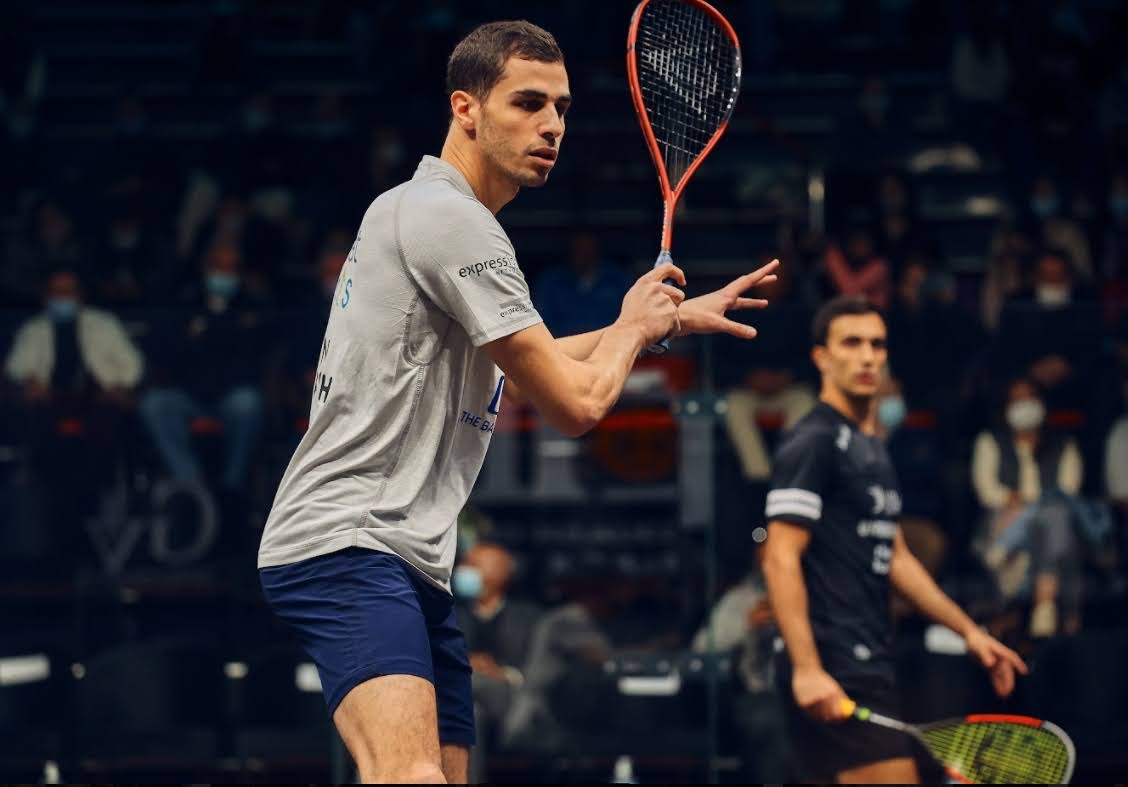 “But you know you can’t win 33 rallies like this, so you have to construct rallies a bit more and that’s a mistake I made in the second. I thought it would be more straight forward and I needed more patience to build the rallies and he punished me for it, but I’m happy I could get the balance right in the third.”

There were also wins for second and sixth seeds Paul Coll and  Joel Makin, who both needed over 70 minutes for four game victories and they will meet in the quarter finals.

“I expected it to be like that,” said Makin of his win against Omar Mosaad. “He is massive and he hits such a clean ball, you’re going to get stuck if you hit the ball down the middle, which I did far too much through large parts of that match. I couldn’t get the ball around him in parts, but when I was hitting the back wall, I was then taking the straight drop in when I was on top, really.

“It was a bit of a slow start with everything going on beforehand. That couldn’t have gone on any longer with any more ridiculous situations. We were about an hour and a half late coming on to court, so I had to adjust to that and I did, but the first couple of points I was a bit slow. He hit some good kills but I was able to switch it, and just managed to win that first game.”

“It’s been a great year so far, one of my goals is to win in Egypt, there’s so many class players here that would be such a great win for me and to finish the year with another win would be great. I’m feeling good this week, a good hit out and really happy to win and looking forward to tomorrow.